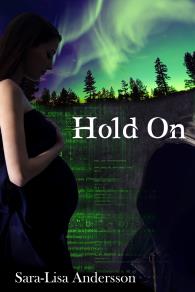 A stand-alone contemporary romance with an HEA.

US award-winning journalist Susan Armstrong always gets her story. But her biological alarm clock went off a couple of years ago and now she has embarked on the next leg of her life’s journey; she’s going to have a baby. Seven months pregnant, she receives some very disturbing news and flies halfway around the world to find a former interview victim that might be the only person in the world that can help her. If he is willing to break a few laws, both legal and moral, for a woman he only met briefly, ten years ago, that is. And fast, because time is ticking and Susan is up against a completely new kind of deadline. Perhaps even a literal one?

Swedish hacker Lynxx has a magic touch. He can make a computer do anything, but when it comes to women he’s all thumbs. That’s usually not a problem since he avoids the fair sex most of the time, but when a reporter from his past tracks him down and tries to make him break the law for her, he needs to figure out how to make a woman bend to his will. If he doesn’t bend first, that is. Or perhaps even breaks?